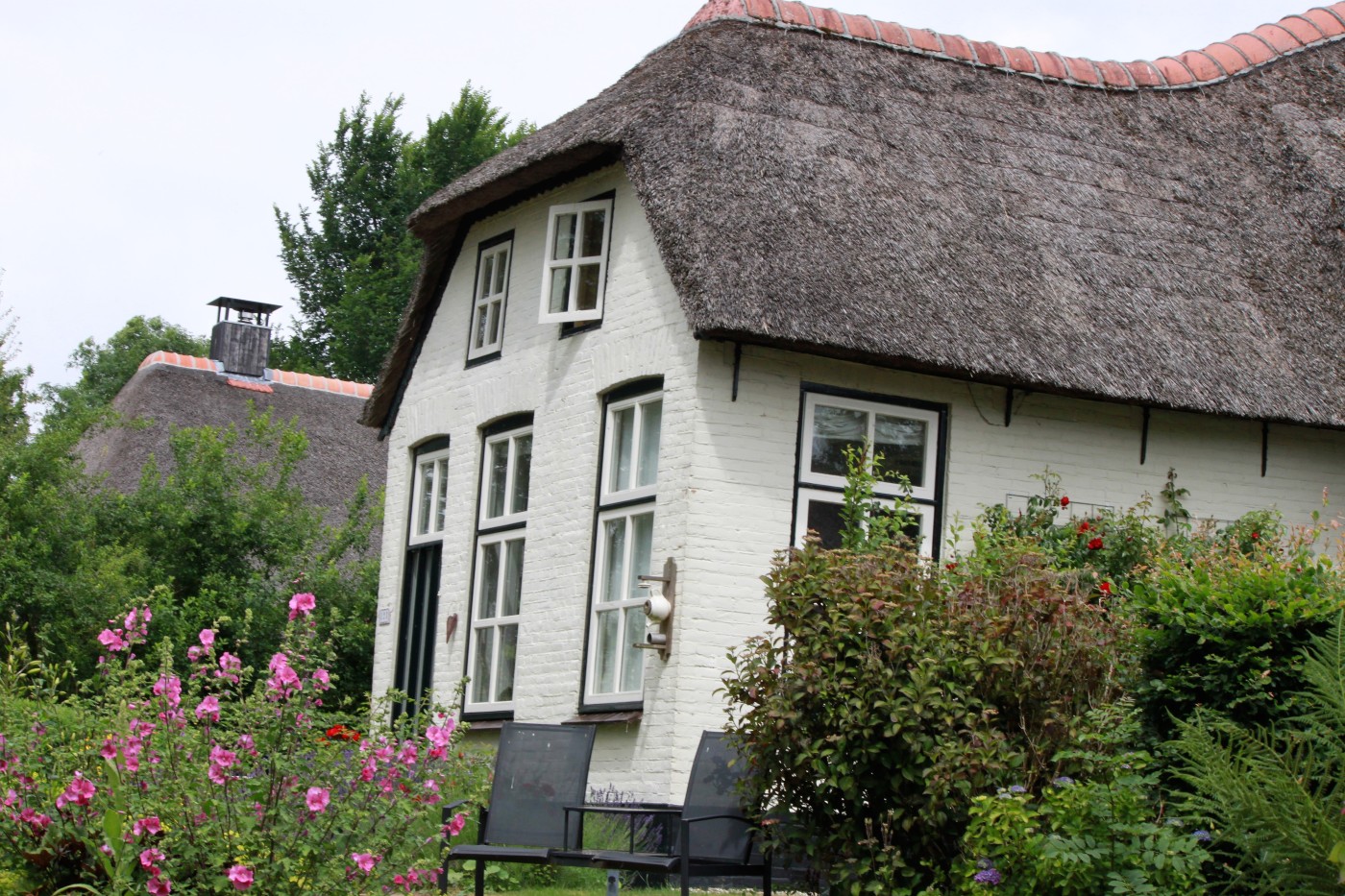 The next morning we ate an okish breakfast at the hotel, rented a car from the Schiphol airport and met my cousin and her husband. We were so excited for Geithoorn! I was a little nervous about driving in another country (excluding US) but it was not a problem at all! I love playing various radio stations and listening to the language/music while driving.  The drive through the countryside was beautiful! 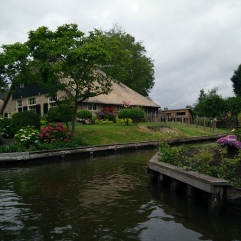 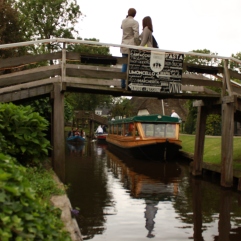 Giethoorn is a must visit! Many places to eat, beautiful houses, travel by boat, quite romantic. I even snuck a drink onto the boat that hubby and I shared. We felt so relaxed ❤ 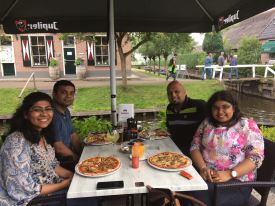 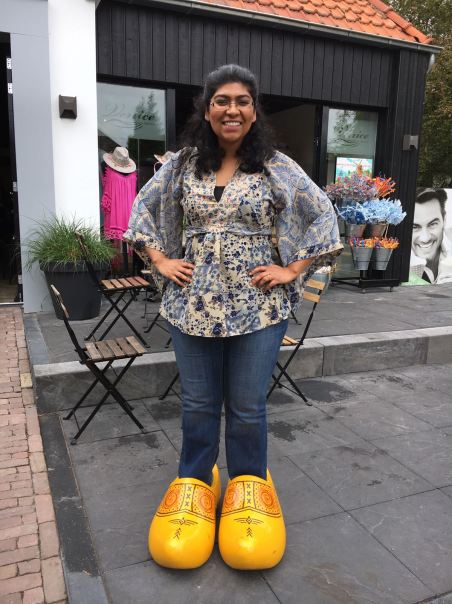 On our drive back to the Schipol airport, we drove past Zanse Schans to see the windmills. Zanse Schans is a full-day visit, something I want to do the next time I stop by the Netherlands! 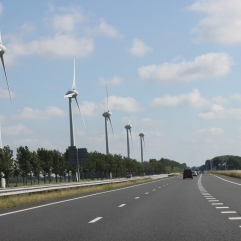 Grabbed some delicious chocolate (for the family) and Dutch-fries with dip before we boarded our flight. Yumm! 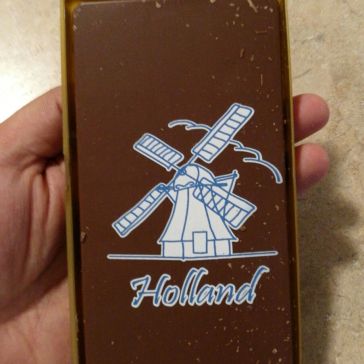 Vegan Eats: AirBnB had decent breakfast (soy milk woohoo!), we had bought several falafel wraps from the Schipol airport grocery store, Amsterdam ahead of time to get us through lunch for the next day.

We initially had planned a road trip within Iceland but our late arrival into Iceland from Amsterdam threw off our plans. The flight overall was smooth, but when the pilot tried to land in Keflavik airport the weather and visibility was quite poor. Eventually, we flew for another 1 hour and landed in another airport on the East side of Iceland. We waited in the plane for several hours, refueled, before the flight took off again to land in Keflavik airport. The view of Iceland from the plane was pretty spectacular! 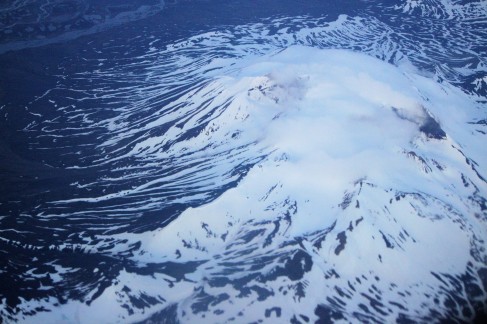 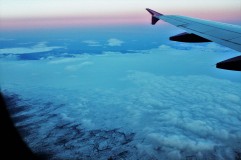 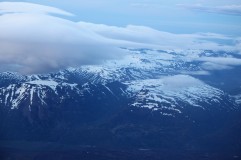 By the time we landed it was almost 4 am and quite chilly! Our original plan was that we would land by 11:00 pm, sleep and get up by 6 am and do a 3-4 hour road trip around Iceland and catch our flight at 3 pm to Pittsburgh, but it did not work out that way. Instead, we landed at 4 am, woke up much later and drove to Reykjavik.

We rented a car from Hertz at Keflavik airport. My recommendation, DO NOT rent from them. We did not have a good experience.

Iceland’s scenery is indeed breathtaking and quite different from places we have seen in Vancouver, Netherlands, and places in the US. We saw several cairns on our drive to Reykjavik and many lupine flowers. We had time to quickly visit the Hallgrimskirkja and grab some coffee (woohoo they had soy milk!) opposite the cathedral. Then we made our 40-minute drive back to the airport, right in time for our flight – we cut it quite close! 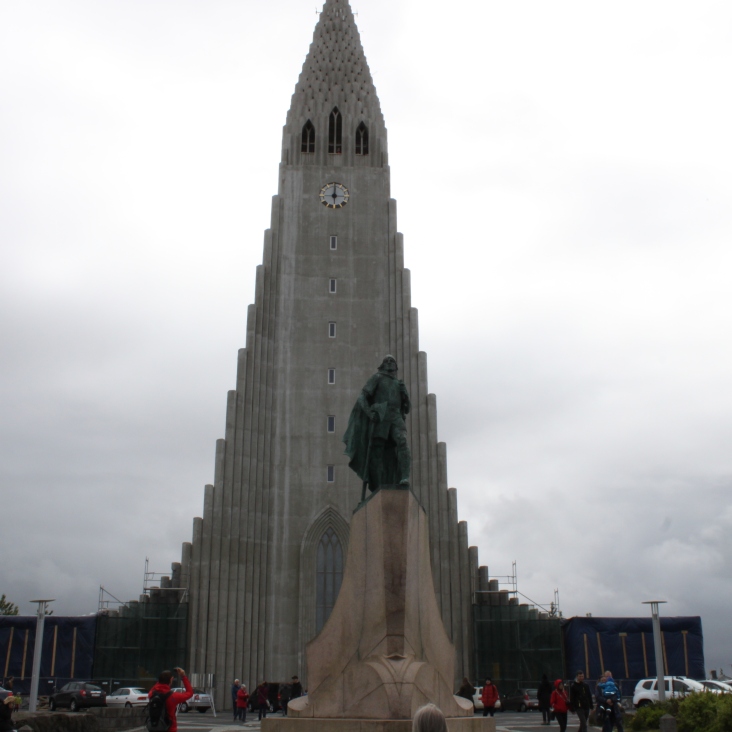 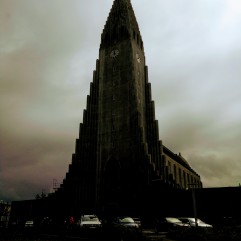 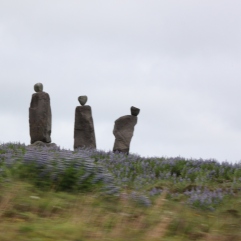 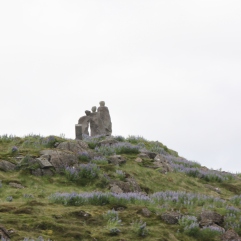 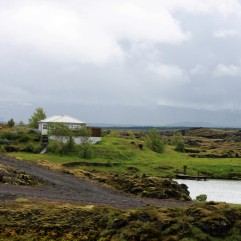 Our flight view over Greenland….

We would LOVE to visit Iceland more leisurely next time, so many things to do and see! On the downside, it is VERY expensive in comparison to the Netherlands. We will figure out a way to keep our expenses down. Some tips I came across online: https://www.nomadicmatt.com/travel-blogs/iceland-budget-tips/

I am currently watching the movie Bokeh that has been filmed in Iceland. The story line is interesting but I am primarily watching it for the scenery 🙂

Till our next adventure in BC! 🙂

Currently pursuing my family medicine residency training in Canada. I am passionate about women's health and providing health care to marginalized populations. I am married, mom to a baby boy, love traveling, photography and a vegan foodie. Welcome to my blog! Views are my own. #medicine #doctormom #boymom #familymedicine #travel #veganfoodie #photography #thisismyjourney

Srividya Ranganathan, MD CCFP
I am crying. I am shaking. I am so happy.
Our trail walking today in Canmore!
New blog post after so many months!
What is Adi looking at?
Our home. Our garden.